I Believe in God - (But not necessarily this) 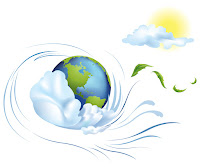 The first article in this series indicates my basic belief in a creator God without whom the earth and all that is part of the earth would not exist. While there are other aspects of God which could be stated, I believe a lot of them are faith based and thus not part of my "basic" beliefs.  To be sure, I have a number of faith based beliefs about God but they are not a part of the previous article.

For example, the previous article:

* does not indicate a belief about the gender of God. God generally has been given a masculine title but I doubt this is the reality. In the biblical record, God is always referred to as Father, He or some other masculine pronoun. As a result, I use the masculine pronouns because it is convenient in writing not because it is part of my basic beliefs.

* does not indicate the method(s) used by God in the creation process. It is reasonable, at least to me, that God could well have used the evolution process to “try out’ several variations of the creatures, including humans, plants, land masses, etc until the “right” one emerged. In other words, we may still be in the creation process and God’s “seventh day” of rest may not have been reached.

* does not indicate the time frame God used to find the “right” creation. True, Biblical conservatives will argue God used six, remember he rested on the seventh day, twenty-four hour days to create the earth. While I have no doubt it could have been done in this time frame, I doubt it did. In any event, the time frame is not critical to my basic belief in God.

* does not indicate the intent of God in this creation. Frankly it would be very presumptuous of me to attempt to know the mind of God. I think there is evidence to indicate God's purpose for creation, but most of these beliefs are faith based and will be explored in later posts. My belief in God does not depend on His purpose.

* does not indicate whether this is God’s only creation. There is no reason to believe that this earth is the only creation of a God powerful enough to have created it in the first place. I do not believe this God is limited, much less to one creation. We may be one of several “worlds” created by God.

* does not indicate the residence of God. Where is heaven? Frankly, I don’t know! And knowing the location of God is not a factor is my belief in God.

* does not suggest God had any helpers in this creation. We might call these helpers “angels” and they are an integral part of the Jewish and Christian story of creation and subsequent events of history. But are they based in reality, I don’t know! But I do have a belief based on faith as to at least one "helper" in the beginning.

* does not indicate the relationship of God to His creation. Many would argue that God set the rules of nature and then let nature develop based on those rules with no further help or involvement from God. Others would argue that God is directly involved with his creation and his involvement is evident throughout history even to the current day. While I have a faith based belief on this question, it really does not influence my basic belief in the existence of God.

Many of these questions about the many facets of God are the subject of religious tenants in the hundreds of faiths on the earth. For many, their particular response to these questions is basic to their faith and worth fighting over. For me, the basic concept of the existence of God is basic and unchallengeable and the rest are subject to discussion. My belief on some of these questions is faith based such as the relationship of God to all his creation. I will have more to say on that and other subjects in subsequent posts.

The important response to this article is to meet the challenge of determining what YOU believe about God. You have my response, discover your own.